Despite headwinds, the global economy should continue to grow with low inflation in 2020 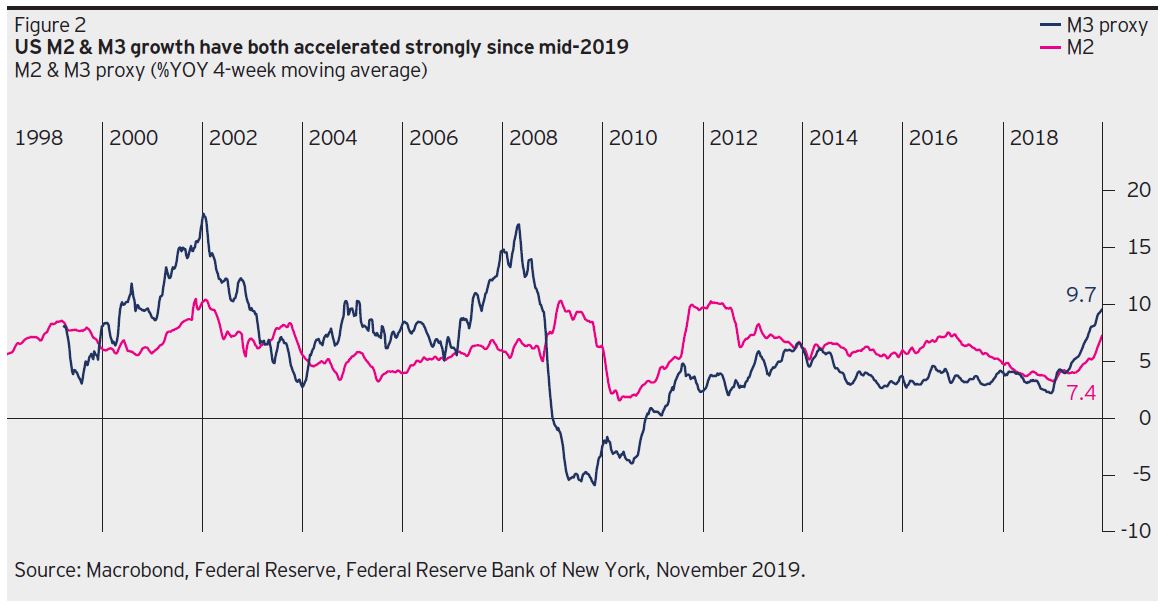 For 2020 I predict a continued upswing in US economic activity with another year of low inflation. In short, the US is still mid-cycle, not late cycle. Read more

The eurozone is still in the second stage of tight money (i.e. slow money growth), not the first stages of easy money. It is hardly surprising that a genuine, broad-based recovery in the euro-area has remained elusive. Read more 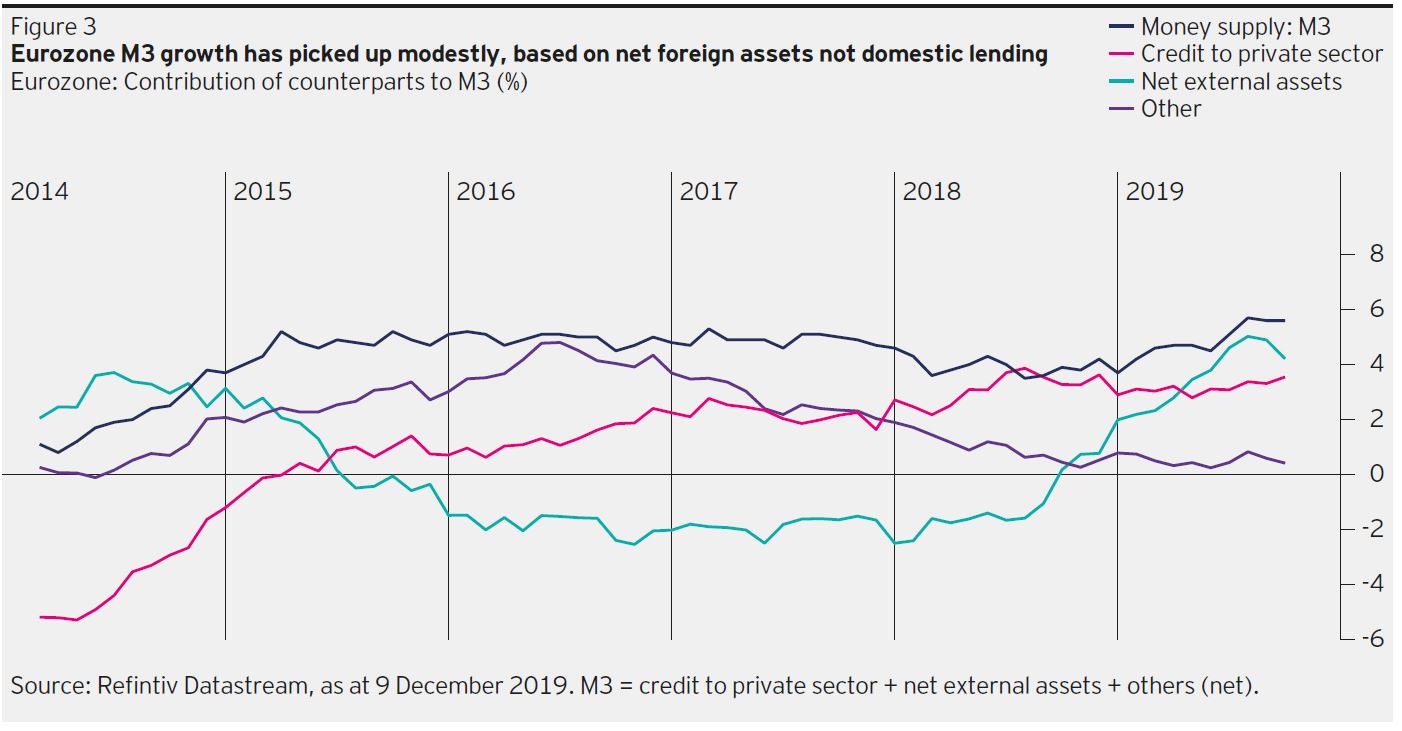 China and other emerging markets 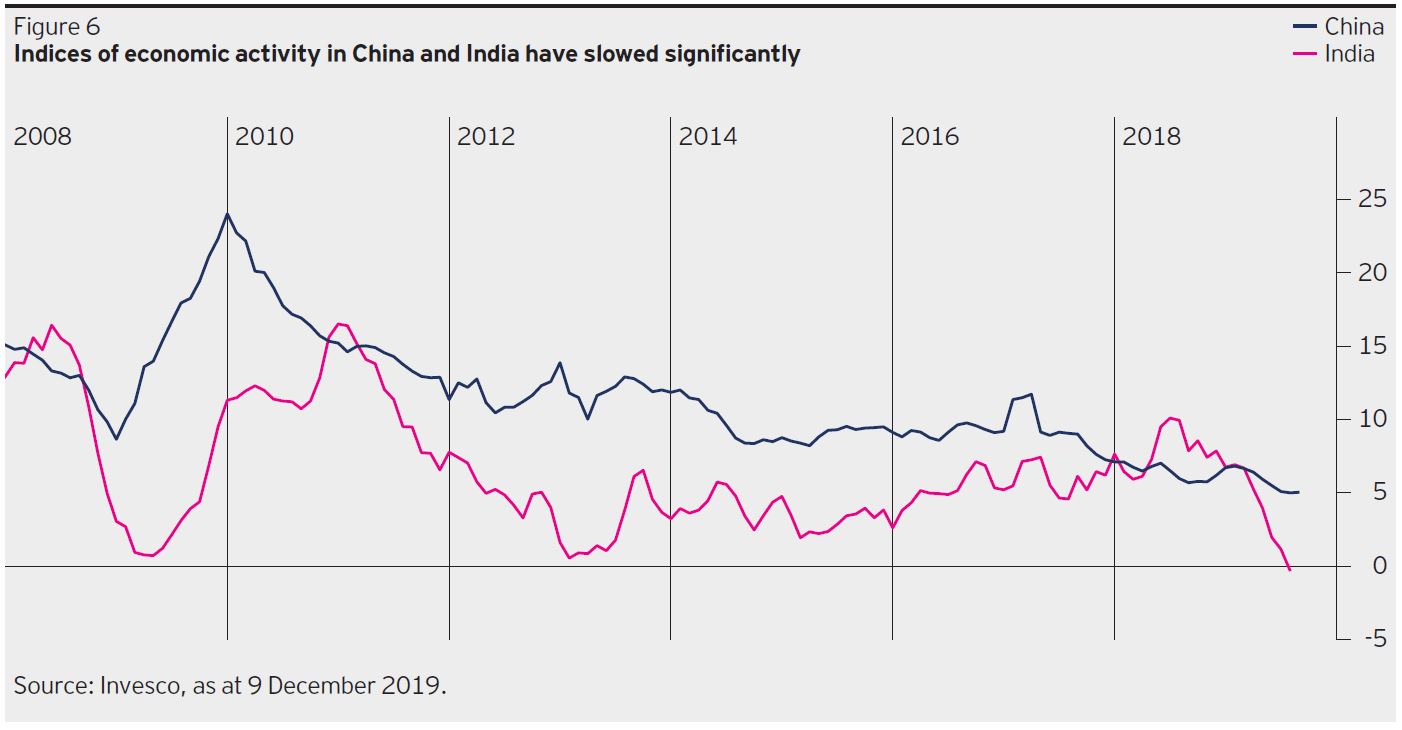 In contrast to the consensus which considers China’s growth mainly at risk due to President Trump’s tariffs on Chinese exports to the US, we believe the main reasons for China’s economic slowdown are domestic. Read more

Assuming a Conservative majority in the House of Commons after 12 December, Brexit uncertainty should start to reduce, and real GDP growth should return to more normal rates. Inflation should remain lower than the BoE’s 2% target and is likely to be below consensus for the first half of 2020. For 2020, we forecast real GDP growth of 1.5% and inflation at 1.7%. Read more 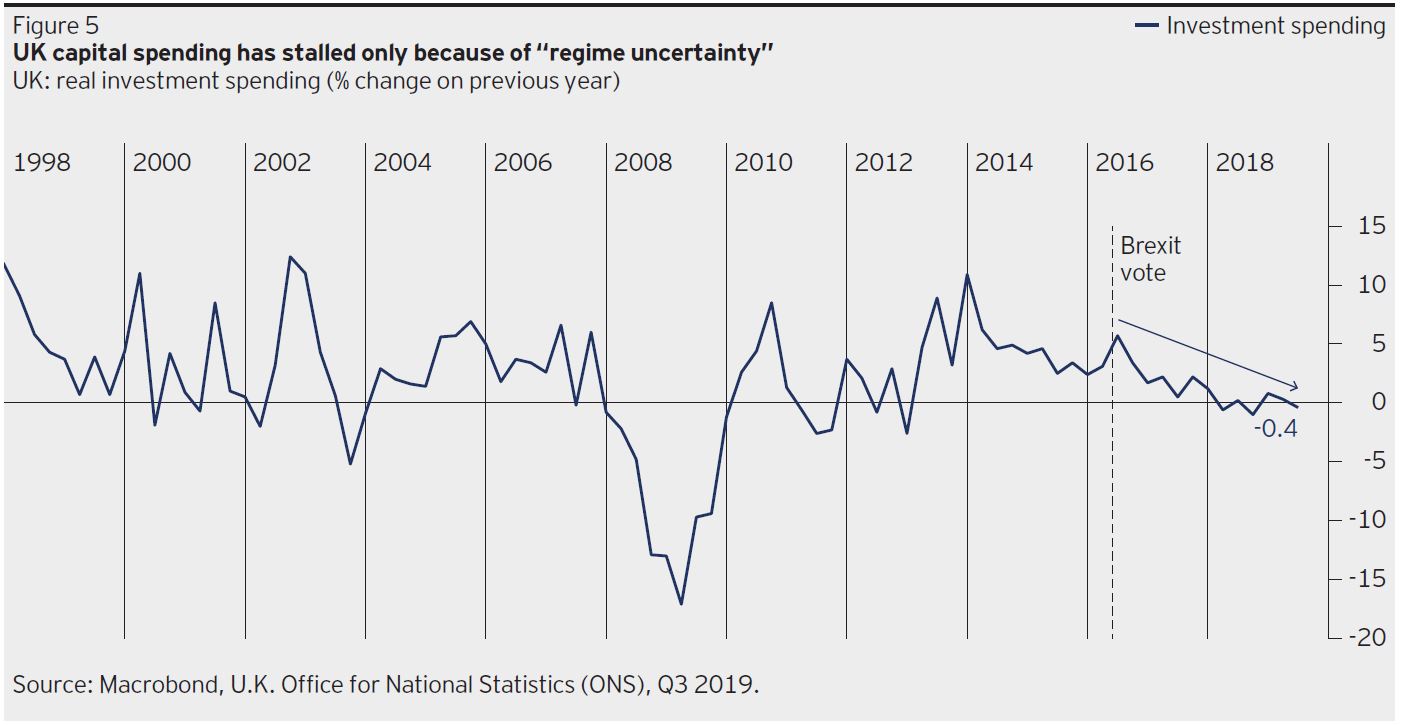 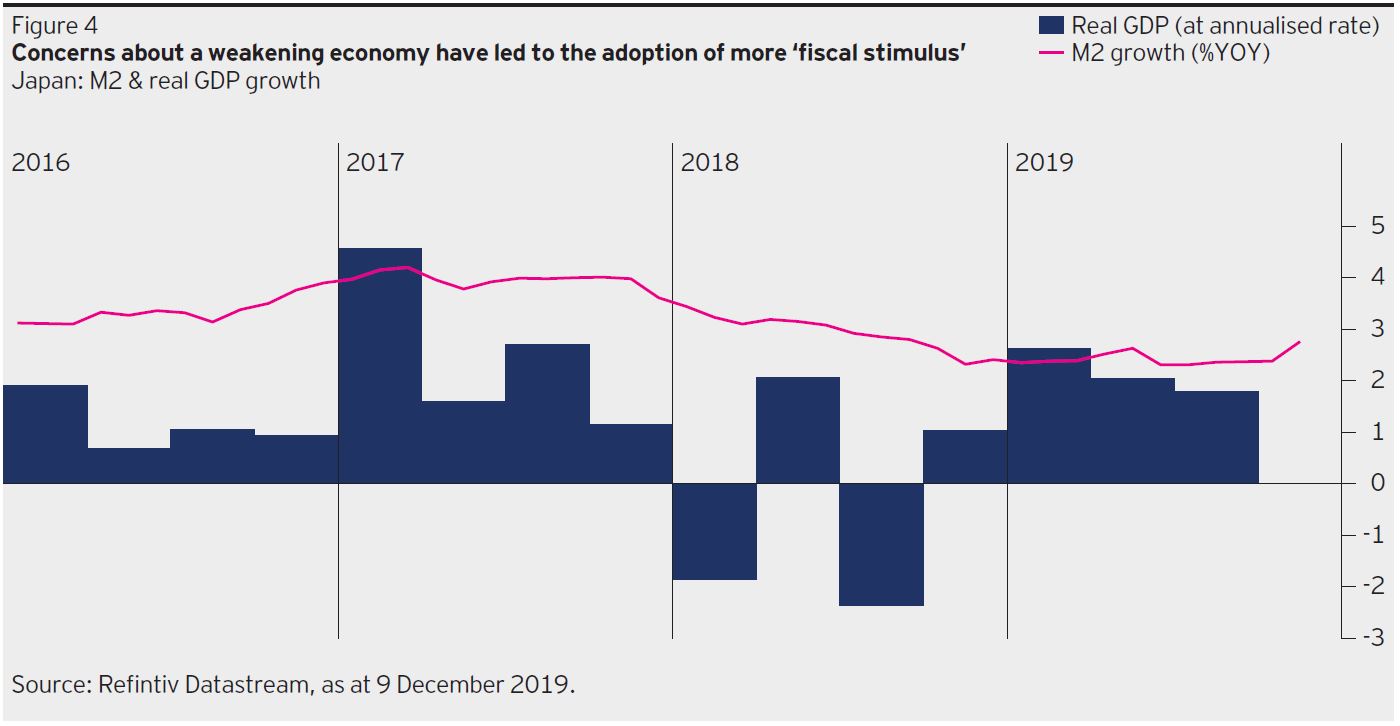 Unless Mr Abe’s fiscal plan is accompanied by and/or directly financed by faster money growth in the banking system, it is highly likely to suffer the same fate as the twenty or more fiscal stimulus programmes over the past thirty years in Japan. Read more

In China and India, two markets which impact global commodity prices materially, money and credit growth continues to slow, putting the brake on economic activity. This implies little upside pressure for commodities such as metals and oil, where prices will continue to be dictated more from idiosyncratic factors on the supply-side. Read more 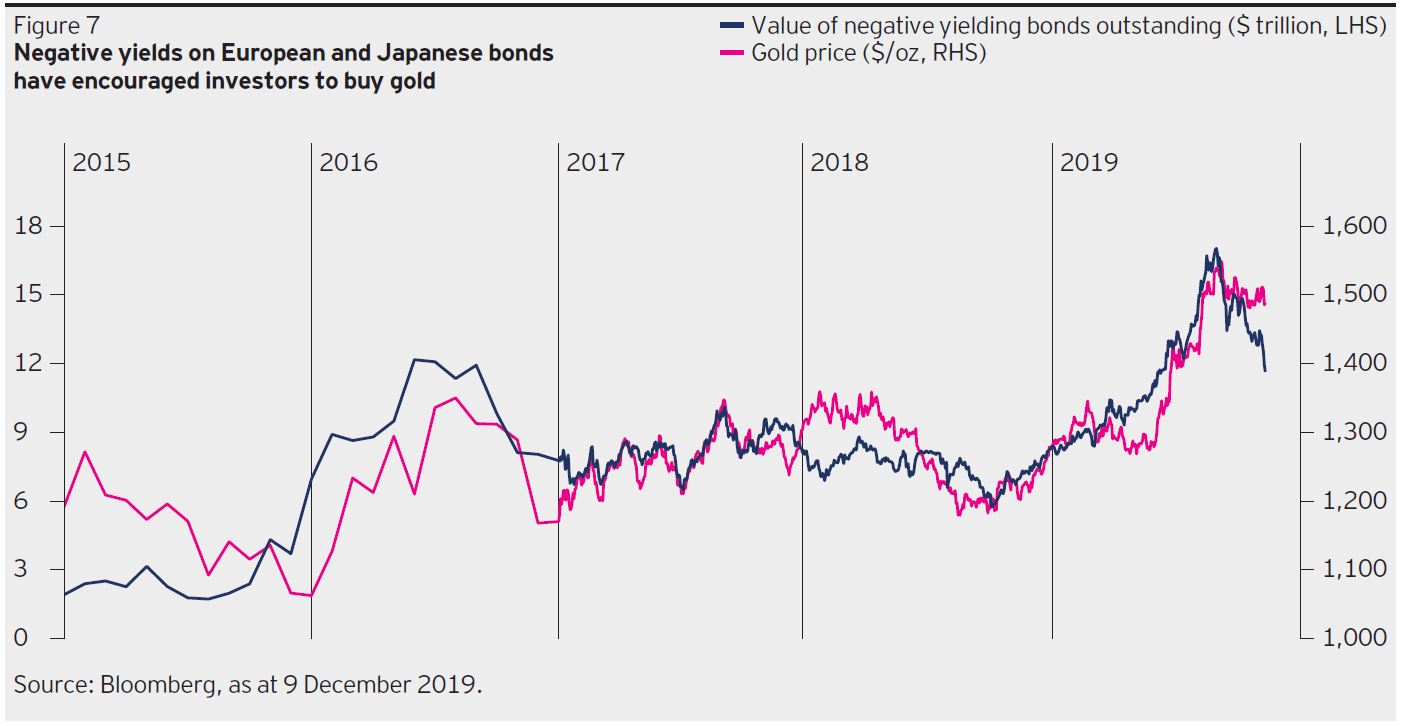